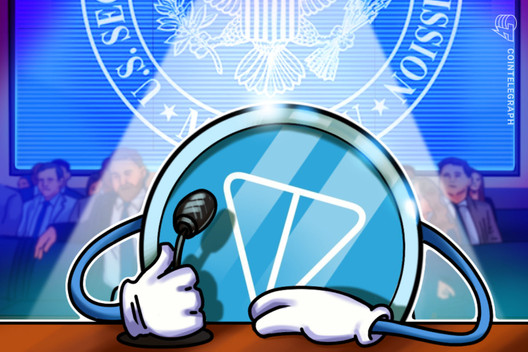 Telegram is looking to appeal the court’s recent decision in favor of the SEC to halt distribution of GRAM tokens until trial.

Telegram is seeking to appeal a United States federal court’s recent ruling in favor of the Securities and Exchange Commission to halt distribution of GRAM tokens.

Rejection of the injunction and the status of the investment contracts

In response to the court’s preliminary injunction earlier the same day freezing GRAM issuance until at least the trial, Telegram filed a brief notice of appeal with the Court of Appeals for the Second Circuit.

The injunction itself tentatively agrees with the SEC’s argument that the contracts governing GRAM issuance — though critically, not necessarily GRAM tokens themselves — seem to qualify as securities under the Howey test:

“For reasons that will be more fully explained, the Court finds that the SEC has shown a substantial likelihood of success in proving that Telegram’s present plan to distribute Grams is an offering of securities under the Howey test to which no exemption applies.”

This is bad news for Telegram in advance of the trial.

What are the appeal’s chances and what does this mean for the case?

At least one commentator was not optimistic about Telegram’s chances in their appeal. Philip Moustakis, attorney at Seward & Kissel LLP and former SEC counsel, told Cointelegraph that Telegram’s legal team will have their work cut out for them before the court of appeals:

“The standard of review on appeal is abuse of discretion — it’s a high bar — meaning Telegram will have to show the district court made some clear mistake of fact or an error of law.”

Telegram’s distribution of GRAMs has been on hold since the SEC’s emergency action in October, in which the regulator deemed the $1.7 billion initial coin offering to be an unregistered and therefore illegal securities offering.

Cointelegraph reached out to Telegram’s legal team but had received no response as of press time. This article will be updated in the event that comment comes in.

During the first week of March, news.Bitcoin.com reported on a $65 million…

Bitcoin.com Games Invites You to Celebrate Easter With a 3-in-1 Promotion